The Hypercar Starter Kit is a compact, MTL and restricted-DTL vape kit featuring UWELL’S new Hypercar Box Mod with their well-known Whirl Tank. This vape includes a 5-setting adjustable airflow system, a 3.5mL juice capacity, and an on/off switch – just to name some of the highlights here. Our reviewers will dive more into what they did and didn’t like about this kit, but suffice it to say: this is a pretty solid kit with compact functionality and top-notch design elements. 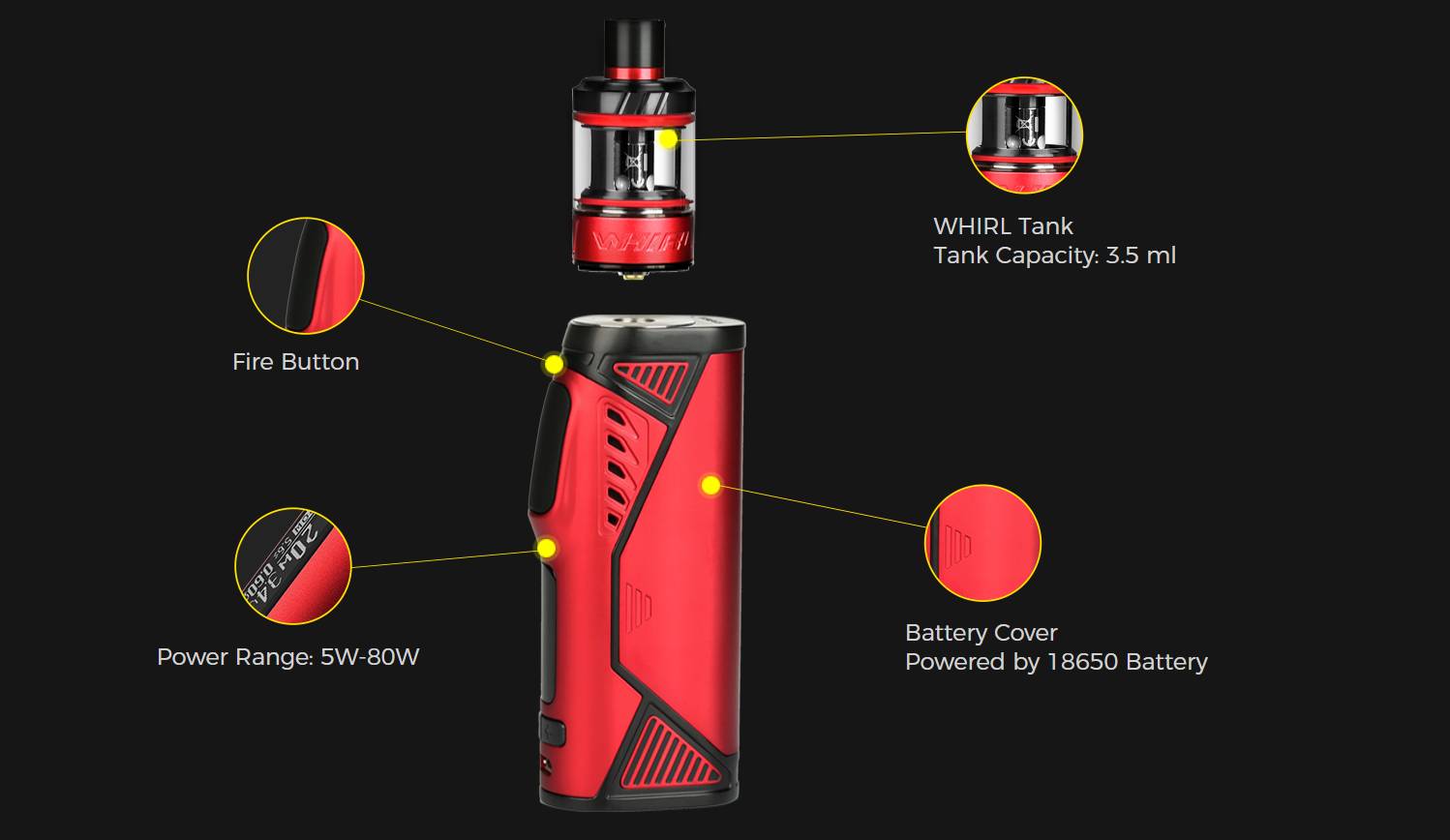 As it turns out, this vape kit was a bit divisive despite its simplistic design so let’s dive right into the pro’s and con’s, starting with the negatives. Keep in mind as we go through, however, that most reviewers felt that this was a generally good device, despite some glaring issues.

The most universally criticized element of the Uwell Hypercar Starter Kit (aside from its name) is its minimalist chipset. With limited features and an under-powered design, it's essentially unusable for temperature control vaping, despite ostensibly being designed with this capability in mind.

Next up, each of the reviewers noted that, while the firing button is mostly fantastic, it’s also really stiff. For people with weaker hands or issues like arthritis or carpal tunnel, this stiffness is significant enough to be a dealbreaker. Next up, the Hypercar is a heavy unit. This isn’t all bad, since it’s clearly well-made, but if you’re looking for a portable little unit, the weight might be a little off-putting.

Other issues were less universal but included more personal gripes like having a hard time removing the glass tube, for instance. Another reviewer lamented the inability to change coils without emptying the entire tank, while yet another reviewer absolutely hated the lack of airflow.

Now that we’ve covered the negatives, let’s see what the reviewers liked. Across the board, reviewers love the on/off switch. While this can seem like a simple or even insignificant feature, there’s no question that it’s incredibly convenient and not nearly enough vapes include it. Small bonus, sure, but if nobody else is doing it, it’s going to make this unit stand out. Despite the stiffness of its firing button, all the reviewers raved about its quality and design.

It’s huge, well-made, and highly-responsive – all of which lead to an enjoyable and ergonomic vape experience. Which leads us to the next “pro”: its design. Each reviewer mentioned that the device is high-quality, comfortable to hold, and easy to fire. They also reported good to great flavor production and good battery life. Finally, the MTL hit was rated as above average and the DTL was rated about average, although it provides more of a restricted lung hit than a true DTL.

So there it is. Reviews are somewhat mixed but tending towards positive. If you’re looking for a compact, well-designed vape kit focused on MTL vaping, this may be just the vape for you.