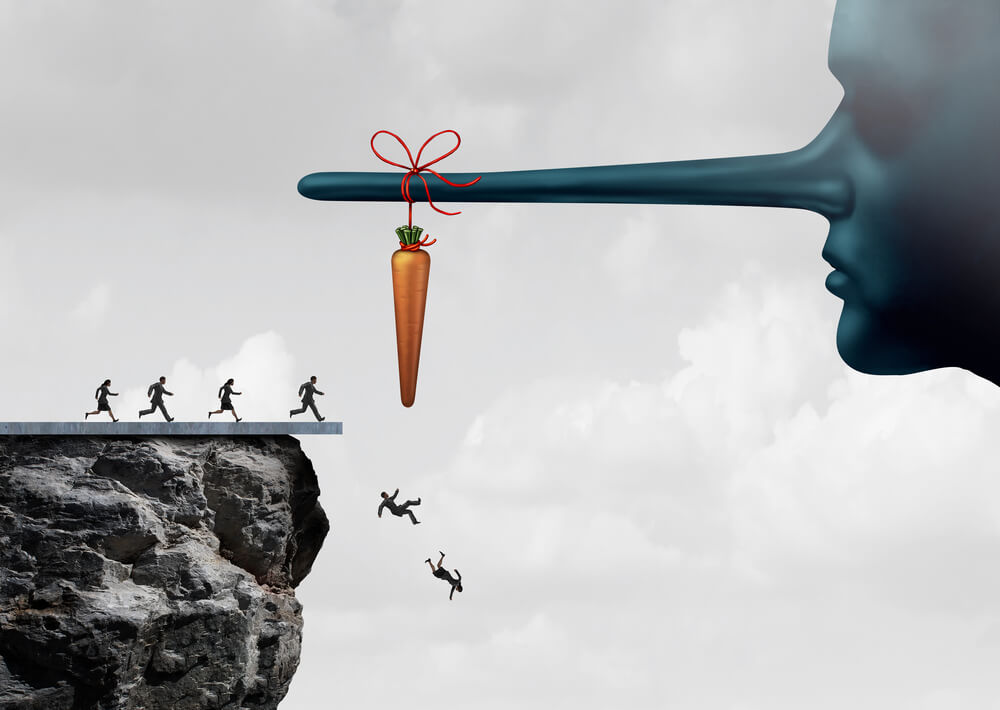 The Latest in Media Misinformation Tactics

“Another patient has died from lung disease after vaping” reads the headline in the New York Times. “A second possible vaping-related death is under investigation in Oregon” reads another headline over at NBC. If you keep browsing through enough headlines, you’ll eventually work your way through every permutation of this sentiment, but no matter how they phrase it, what they’re saying is clear: Vaping killed this guy and it will kill you too.

Weirdly enough, each of these articles backs off pretty hard in the subhead. From its bold opening, the NYT follows up with “Health authorities in Oregon are investigating the case but would not identify the age of the patient or the brand of the device used.” But wait, I thought this was an open-and-shut, black-and-white, clear-cut case of vaping definitely killed this guy? If a vape just murdered someone, don’t we all have the right to know immediately which brand he was using so we don’t die just like him?

Just as you begin to feel that panic bubble up inside you and you start eyeing your own vape suspiciously, waiting for it to sprout horns and a tail and chase you around the room like a demented Mickey Mouse cartoon – it dawns on you: oh! This is what the experts call “spin”! These leading publications, including the paper of record, are only taking some poor man’s death and spinning the story to suit a particular agenda! That’s all it is. No big deal, nothing to see here.

But maybe, just maybe, we should dive a little deeper? After all, a man is dead. I think we owe it to ourselves to find out exactly what happened to the poor fellow? Well, it turns out that the story is more than a little bit murky and the facts are, by design perhaps, extremely vague and given to personal interpretation.

The base facts of the story seem to be the following: A person in Oregon succumbed to a severe lung illness with rapid onset. Most of the information following these bare facts comes from one Dr. Ann Thomas, a pediatrician and public health physician tasked with the investigation of John/Jane Doe’s death. Thomas has lead Oregon’s incident management team for several years. According to Dr. Thomas, the victim was “otherwise healthy and quickly became very ill.” Details regarding the gender and name of the victim have been withheld, as has information regarding what exactly they were vaping.

The only other “information” Dr. Thomas related to news outlets was that the patient’s symptoms were consistent with all those other cases of people getting sick. You know, the cases where headlines blamed “vaping” and, upon further analysis, it actually turned out to be directly linked with black market THC cartridges. Which is to say, not related to vaping at all.

According to ABC News, the patient’s death has in fact been linked with allegedly legal marijuana oil purchased from a dispensary. If this is true, and it would seem to fit the trend of non-vaping related illnesses, it only lends further credence to the theory that additives in black market THC cartridges are having dangerous side effects – these cartridges have just suddenly made their way into legal dispensaries.

Again, however, the amount of times the phrase “vaping-related illness” is found in each of these stories is insanely infuriating. While it takes the problem-solved skills of a precocious two-year-old to get to the bottom of a story like this, there are enough people who skim these articles and their only takeaway is that vaping is killing people.

We already know from several other cases that these THC counterfeiters are extremely skilled in creating lookalike cartridges and even entire vape pens. They’re able to closely mimic the style, form factor, and logos of well-known manufacturers, which makes it completely unsurprising that these goods were able to find their way onto shelves in an actual dispensary. Dispensaries, after all, are not known for quite the same stringent standards as vape shops. Up until recently, it was common knowledge in California that you simply had to find a quack doctor (often employed by these “medical dispensaries”) to “prescribe” you marijuana for ailments ranging from anxiety to insomnia. Then, you could get all the weed you wanted. In an industry where duplicitousness has roots running back decades, it should come as no surprise that THC cartridges are having potentially nefarious side effects.

What makes this case all the more infuriating is that, as media outlets shift the blame towards a beleaguered vaping industry, THC, in all its forms, is getting fast-tracked through legislatures throughout the country. Taken on its own, this is an unequivocal good. Amnesty for low-level drug offenders, legal access to marijuana (especially for medicinal purposes), etc. are all good things. But when you consider that vaping is suffering the exact opposite fate, it poses some serious questions.

None of these stories lead with the fact that THC-based vape cartridges are the culprit in nearly 100% of these cases. Instead of closely examining the THC vape industry and seeing what can be done to improve safety standards, these stories are used as fuel for the indignation of anti-vape lobbyists. The result is that we’re going to do absolutely nothing about the THC vape black market which is literally killing people now and, instead, legislators are going to increasingly target the mainstream vape market.

Again, I’m a broken record on this subject, but it bears repeating until these stories break into the mainstream media: the nationwide crackdown on vaping is going to leave a trail of bodies on several different fronts. Vapers in areas like Michigan and San Francisco will be forced back to combustible cigarettes and doomed to a shorter life. THC counterfeiters and the vape black market will continue to thrive, cutting corners and saving money at the expense of their clients’ lives. The list goes on, and the trail of bodies leads directly back to the front doors of legislators throughout the country.