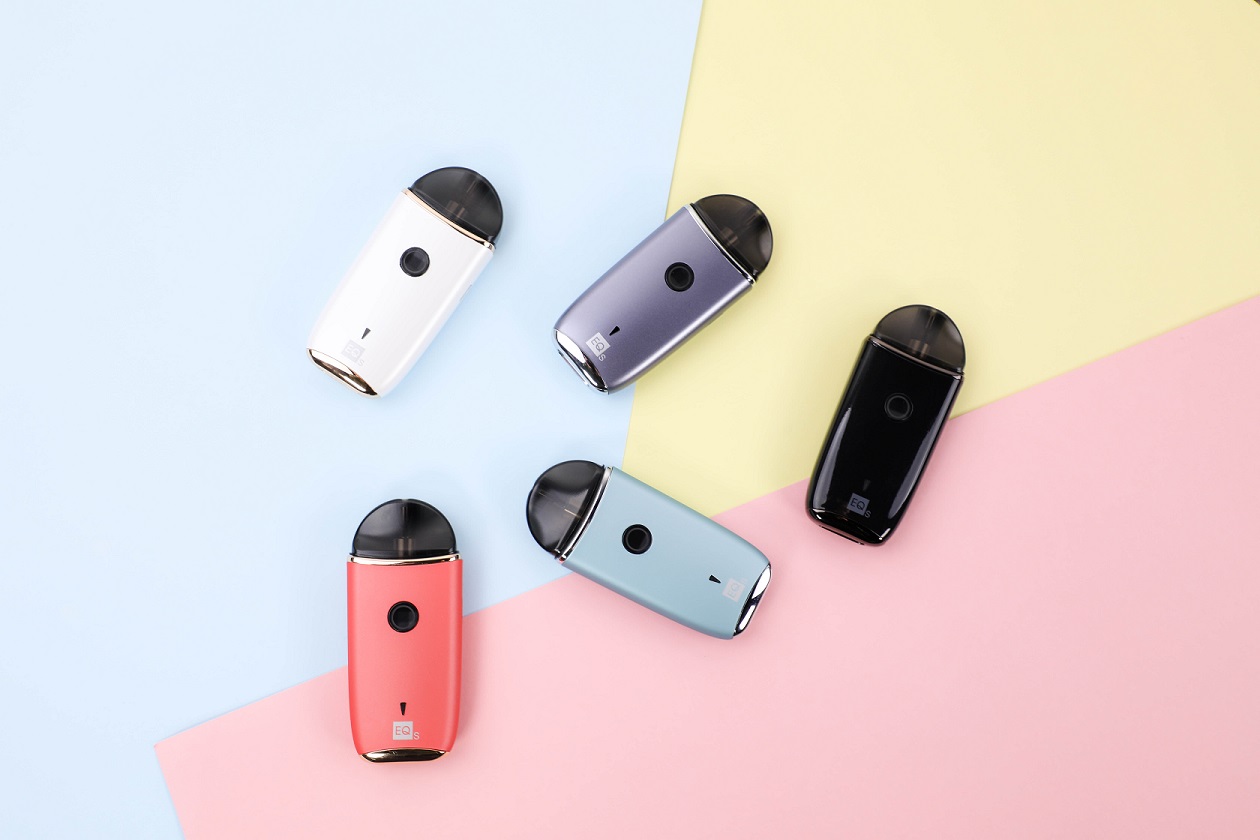 The EQs by Innokin is the follow-up to their super-popular EQ pod system. Using the same coils as its predecessor, the EQs streamlines the form factor of the EQ with a smaller chassis, bigger battery, and more ergonomic design. It also features three variable wattage modes for that little bit of extra control over your vaping experience. In the crowded ultra-portable pod system market, how does this new offering fare? Our reviewers certainly had some thoughts but, before we dive into their pros and cons, let’s go over the EQs’ specifications and features.

Innokin’s latest offering, the EQs Pod System, is a pretty straightforward device, as pod systems tend to be. However, the market for pod systems is a crowded one and consumers have no shortage of options. With that in mind, does the Innokin EQs stack up against some of the other top-tier devices? Or is this just another run-of-the-mill ultra-portable vape system? Fortunately for you, our reviewers have some pretty clear-cut opinions on the matter. Let’s begin, as always, with their list of cons.

For quite a long time, it’s been established that manufacturers need to fully load out these starter kits, especially when it comes to ultra-portable devices and AIOs. For that reason, reviewers were understandably annoyed that this kit only includes a single pod. Sure, they’re not particularly expensive, but a pod system should come ready to go with at least one backup pod. Similarly, the lack of automatic draw on an ultra-portable pod system is frustrating. Pod systems are all about stealth vaping. Pulling the EQs out of your pocket, hitting the fire button five times to turn it on, vaping it, and then hitting the fire button five more times before holstering it is anything but stealthy. Gotta subtract points for that.

The other cons are specific to individual reviewers. One reviewer noted (and demonstrated) that the airflow system is prone to making a rather obnoxious whistling noise. While this can be remedied by messing with the pod a little bit, it’s still an annoyance. It also lacks airflow control which is unfortunate given the ability to adjust wattage. Finally, the device rocks a duck-bill style mouthpiece. If you’re into that, great, but some vapers out there find this style of mouthpiece to be uncomfortable.

With these cons out of the way, however, the EQs is a pretty decent little pod system. Each of the reviewers had only good things to say about its performance, which many might argue is the most important factor. The vape is warm and tight with its flavor production receiving high, B+/A- reviews across the board. The coils ramp up really quickly and provide a nice tight MTL draw. The fill system is easy to use as well.

On to what is arguably the highlight of the entire system: Its variable wattage. Variable wattage on smaller devices is increasingly becoming the norm but, as of this review, finding such a feature in a pod system is definitely still unique. The battery also lasts a good amount of time, which is impressive given that it is actually a smaller device than the original EQ.

So who is the EQs for and who should pass on this one? If you hate duck-bill mouthpieces, skip this pod system. If your priority is always going to be stealth vaping, you may want to opt for a different system which includes draw-activated firing. Other than these two caveats, the EQs is a great all-around pod system for people who like a nice portable vape system with a little bit more customization and vapor control than other devices in its class.