Whether you’re looking for sub-Ohm vape tanks, atomizers, clearomizers, rebuildable or disposable tanks, ProVape has you covered. We offer mini vape tanks with capabilities up to 60 W, and larger, more powerful vape tanks, built for high-power mods of 60W and above. Designs are ranging from classic black and stainless steel to glow-fire styles and more fashionable chic designs.

Make sure you understand the specifics such as the power range & coil compatibility of the vape tank before you make a decision. 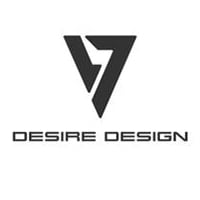 Since 2011, Desire Design has been a part of the vape community from the beginning. Known for their one of a kind designs, they continue to peek in the vaping industry. Desire Design focuses their priority to provide the most advanced mods with a creative and brilliant “Design” like no other.

Their exotic vape and mods designs deliver the best vaping experience. Each device is engineered to complete your satisfaction by carefully constructing each tool to do its job perfectly with no errors. Made from the best manufacturer, each hit becomes better and better providing the best mouth-to-lung experience.

Vapor Storm is a Chinese company with an illustrious history. Founded in 2015 as a subsidiary of Unitop, Vapor Storm is a bit of a niche product in North America, but they’ve got a record of manufacturing high-quality products which stretches back to 2009.

Tony Liu founded the first Unitop factory in 2009. This facility was the biggest of its kind in Shenzhen at the time, capable of mass-producing vapes without sacrificing quality. While they have consistently ranked among the top brands in China and Southern Asia, Vapor Storm has had their eyes on the American and European markets for years. In 2015, they expanded the Unitop brand to include the all-new Vapor Storm product line. This product line is particularly noteworthy for not only their quality, but also the external designs included on their box mods. While graffiti is a trend that seems to wax and wane on a daily basis, Vapor Storm was among the first to usher in this design trend in modern vape mods.

While graffiti is often the style most associated with Vapor Storm, they offer a ton of other box mods, each with a striking appearance. From sleek monochrome box shells to futuristic clear blue colors, Vapor Storm has an extremely bold and unique aesthetic, which will continue to set them apart in the years to come. Their products are not always easy to find in the United States, but if you’re here, you’ve found a rare cache of excellent Vapor Storm products – so give them a shot!

Shop By
Clear All