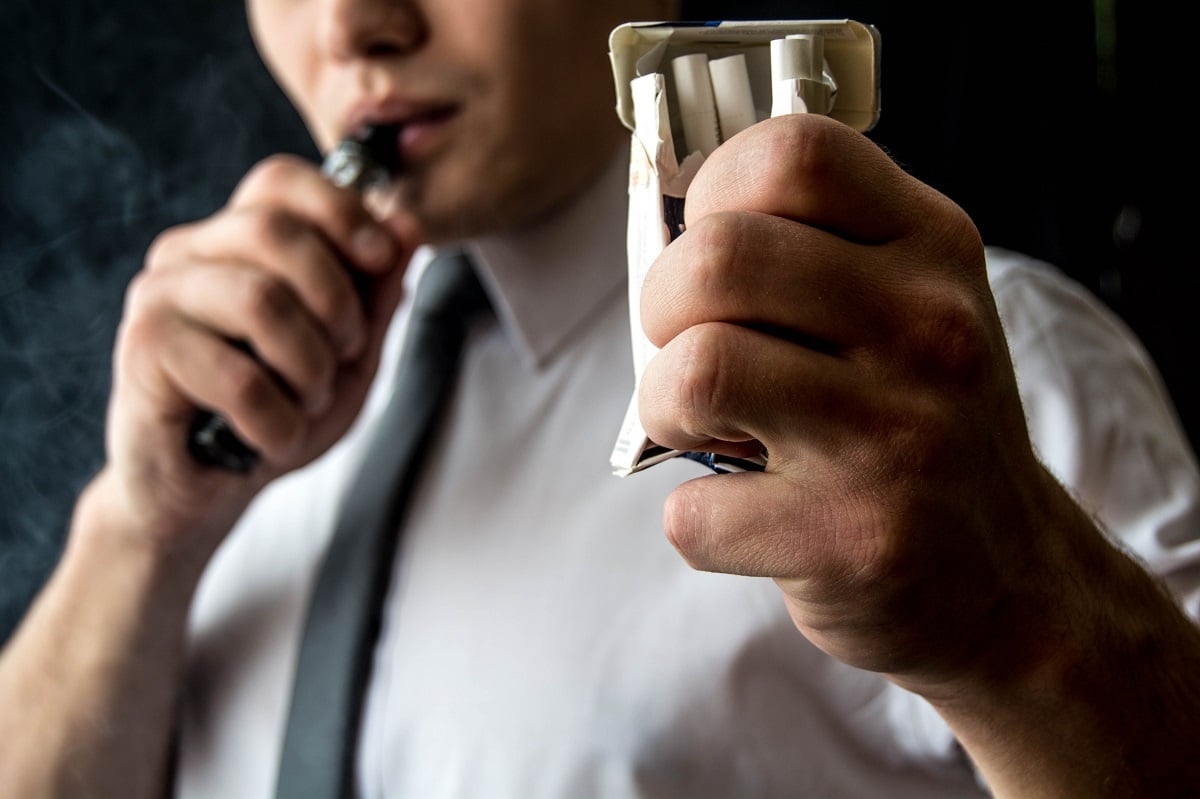 Amid the ongoing hubbub and blood-boiling debates regarding vapes and flavored nicotine products, yet another study has emerged with scientific proof supporting a fact most of us already know: vaping is an effective smoking cessation tool.

A study released on Monday found that, among daily smokers, regular e-cig usage is “associated with a significantly higher decrease in the number of cigarettes smoked per day”. Unfortunately, the study also points out that e-cigarettes can increase the risk of relapse in some former smokers. In our current media climate, it is this discouraging second point which will likely grab the most attention, whereas it is the first half of their findings which hold the most medical significance.

It’s also important to parse the details of what’s being stated here. The first point is clear: vaping helps smokers quit smoking. The second point, however, needs clarification. The study differentiated their test subjects by referring to both “current” and “former” smokers. This is a vital distinction. People in the latter category are those who have already quit smoking. In these test subjects, vaping could present a potential opportunity for relapse. While this is certainly not insignificant, it’s nowhere near as important as the finding that vaping can help current smokers quit entirely.

The study was published by a French medical journal called JAMA Internal Medicine. During the course of the study, researchers tracked over 5,000 daily smokers over two years. This study showed that smokers who picked up vaping were over 150% more likely to quit cigarettes entirely. Additionally, smokers who picked up vaping in addition to smoking went through far less cigarettes in a day than those who did not.

Again, this is a fact which is likely to be overlooked. In an environment where we can be hyper-focused on complete abstinence, we tend to view things in black-and-white. However, if a person can even cut down their cigarette use substantially, studies have shown that they are dramatically reducing their risk for life-crippling illness and premature death. While complete cessation is obviously the goal – as it should be – we should take even minor victories as evidence of vaping’s remarkable impact on smokers. In fact, very few remedies previously prescribed were able to achieve even a minor decrease in a smoker’s daily consumption.

Even more encouraging is the study’s discovery that those who quit more recently or took up vaping more recently were almost entirely without risk of relapse. This is likely due to improvements in vaping technology and the increasing availability and acceptance of the newer technology. Of the technology, researchers point to nicotine levels in plasma, citing “measures of plasma nicotine levels have shown that, compared with older models, the new generation delivers higher levels of nicotine to the bloodstream”.

As the vaping industry embraces newer technology like mesh coils and nicotine salts, newer vapes are able to more closely emulate the experience of smoking. These newer vapes provide more nicotine to the bloodstream and are even able to replicate the throat hit of an analog cigarette. This leads to an overall more “satisfying” vape, which discourages smokers from returning to cigarettes. After all, they now have all the benefits of a cigarette with none of the drawbacks.

Gregory Conley, the president of the American Vaping Association, also issued a statement in light of this study, pointing out that “[earlier] e-cigarette devices were difficult to use and only effective for the most dedicated of would-be quitters”. This is another valid point, as there is an incredible variety of all-in-one devices which are ready to go straight out of the box. Beginning vapers no longer have to contend with the steep learning curve and intimidating technical knowledge required only 10 years ago.

This study comes at a critical time for vaping in America. The entire industry has come under intense scrutiny as lawmakers across the nation seek to target major vape manufacturers, included Juul Labs, with sweeping legislation. The FDA’s most recent director, Scott Gottlieb, did the industry no favors either during his tenure, heightening paranoia regarding the mythic “teen vaping epidemic”.

As such laws continue to spread, it’s more important than ever for the general public to be accurately informed. In England, studies have shown that almost 75% of smokers believed that vaping was at least as harmful as cigarettes themselves, despite no serious scientific evidence to support the belief. While no similar studies have been conducted in the United States, public perception is likely to be similarly skewed.

This study is not the first of its kind. A similar study this year found that e-cigarettes were twice as effective in helping smokers quit when compared with traditional cessation programs. These older methods included nicotine patches and gum. Just like this most recent study, however, the previous researchers also discovered that not all smokers were able to quit using e-cigarettes. Not surprisingly, it is this lesser piece of information which dominated headlines at the time.

It’s absolutely vital that, whenever these studies are published, the general public does the due diligence required of them. Understand the study, read it for yourself at JAMA’s website. The evidence is clear, unequivocal, and points in only one direction: vaping is an effective, relatively safe, means of quitting cigarettes. Period. Shout it from the hilltops.