Vaping in the Military 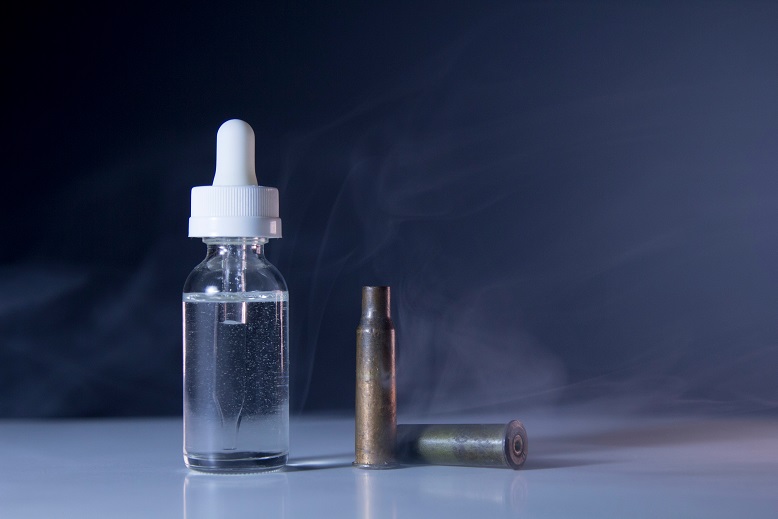 Vaping? In MY Military? It’s More Likely Than You Think

Smoking is one of those things that we’ve long associated with the bravado and machismo of American Armed Forces. Guns, camouflage, and a square red pack of unfiltered cigarettes – these things form the image many of us have of our soldiers. So why do soldiers smoke? There’s been a few studies on the subject over the years and conclusions range from boredom during deployment to stress management to peer pressure. While the answer is likely a combination of all these factors, the most important fact is that servicemen are more likely to use nicotine products of some kind and this isn’t likely to change.

Over the past decade, however, the means by which our soldiers consume their nicotine have been changing.

The Health Impact of Military Smoking

Military veterans are, for a number of reasons, already at high risk for all kinds of medical concerns. VA hospitals nationwide are chronically overworked, helping veterans cope with combat injuries, mental conditions, addictions, and other concerns. What many people don’t recognize however, is that nearly $1.6 billion in veteran medical care stems from cigarette smoking alone. This insane health cost paints a stark picture of just how heavy a toll smoking has taken on some of our most at-risk citizens, so what’s being done about it?

Since the e-cigarettes and vaping burst into the mainstream, the number of cigarette smokers in the military has dropped dramatically. In 2011, 24% of active servicemen were smokers, as compared with only 19% of the civilian population. By 2015, only 14% of military personnel were smoking cigarettes – even lower than the 15.5% rate for the general population. A study performed in that same year showed that vaping had actually overtaken cigarette smoking in the military. In fact, a study of Coast Guard and Army Reserve servicemen revealed that 58% of these vapers found vaping “far more satisfying” than cigarettes and directly attributed the cessation of their smoking habit to the ready availability of electronic alternatives. Here’s a breakdown of vape usage by military branch:

As more and more servicepeople switch to electronic cigarettes, there is a potential to dramatically reduce the cost of care for these veterans and, more importantly, improve their quality and longevity of life. For men and women who lay their life on the line for our freedom every day, nothing could be more important.

Challenges to Vaping in the Military

This shift from cigarettes to vaping hasn’t been entirely smooth sailing, however. As with vaping in every other area of our society, this new technology has been met with skepticism and misunderstanding by its naysayers, leading to some unnecessary setbacks.

For instance, the U.S. Marine Corps still has a page up on their website entitled “Vape Myth Busting” which is chock-full of misinformation and outdated statistics. It echoes the oft-repeated “vaping is not an effective alternative to smoking” line, which has long been disproven, in addition to some truly bizarre cost-analysis breakdowns.

The U.S. Navy has taken things even further, outright banning electronic vaping devices on Navy vessels since 2017. Granted, this ban came after a rash of “mishaps” occurred involving e-cigs on Navy ships, but 2/3 of these issues were simple cases of mishandled loose batteries and none of them resulted in any major damage or bodily harm. Contrast these “vape mishaps” with the great cigarette fire on the USS George Washington in 2008 which cost the U.S. Navy $70 million in damages and you can see how this ban might be a bit of an overreach.

While other branches of the military are more amenable to vaping, vapes are still not sold in commissaries, although they are available for purchase in military exchanges.

The Future of Military Vaping

While the future is unclear regarding vaping in the military, a few pertinent points are clear. First, cigarette smoking poses a great threat to our troops out of proportion to the threat faced by the general population. Second, accessible e-cigarettes can alleviate some of this health risk. On average, servicemen are more likely to use nicotine products than members of the civilian population. As such, the health risks of cigarettes are inflated in the military population and the health benefit provided by e-cigarettes is likewise amplified. Third, military officials need to be educated on electronic cigarettes and vaping, in general. In the year 2019, there’s absolutely no reason for an official U.S. Marine Corps website to spread such transparently inaccurate and baseless information nor is there any sound reason for an entire branch of the military to ban the use of harmless appliances. Through the spread of accurate vaping information, we can push for our soldiers to have the same access to cigarette alternatives as the rest us have. In many ways, it’s the least we can do.