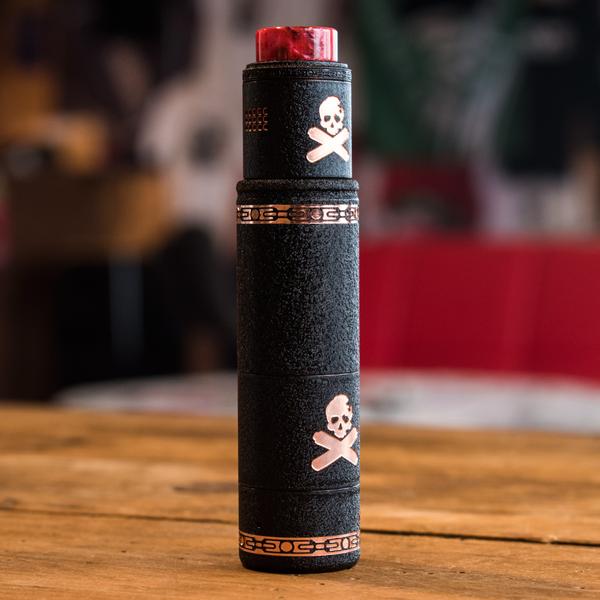 The Bonza Mechanical Kit is a much-anticipated collaboration between Vaping Bogan and Vandy Vape. For those who may not know, the Bonza Mech Kit is one of Vandy Vape’s older flagship devices held in high esteem by many experienced vapers. This new version represents a collaboration with Vaping Bogan in an effort to update and improve upon a time-tested design. If you’re into mech mods, this surely piques your interest, so let’s find out if it lives up to the hype.

Well, they’ve knocked this one out of the park by all accounts. No point in sugar-coating this, if you’ve read through those pros and cons, you can clearly see there’s a lot to love and not much to dislike about this brand-new Bonza Mech, so let’s waste no more time getting right into it.

Probably the biggest issue with the Bonza Mech Mod is the firing button. While it’s a traditional bottom firing button, it’s not the easiest firing button to use. It’s got an especially long throw and can be a little finicky regarding how you push it. If you don’t push the button dead-center, it simply won’t fire. Additionally, the throw is long enough that firing the device can become a real pain if you don’t have long or strong fingers.

Other issues are more subjective, so take it or leave it. By one report, the copper RDA construction can leave a bit of an aftertaste. While the external sleeve can spin, which is nice, it seems to spin a little bit too easily. Tighter O-rings in that construction would have probably been preferable. One reviewer also would have preferred some different color schemes and another experienced some challenges with the build deck. By their own accounts, however, these issues were minor.

Aside from these minor issues, the new Bonza Mech is, in every way, the upgraded successor to one of Vandy Vape’s most popular devices. The RDA itself is nearly flawless. You get incredible airflow and it finally has a really nice AFC to boot. The original, you may recall, famously lacked an airflow control ring. Vaping Bogan has remedied this issue and the resultant airflow provides a great range and delightfully smooth airflow.

Aesthetically, the RDA matches beautifully with the mod itself, in each of the various designs. You can also use the rotating external sleeve to keep the skull-and-crossbones logos lined up, which is a nice touch.

The build quality is top-notch, as well, and the whole kit is the smallest of its kind, which is truly impressive. You also get a whole bunch of included tools and accessories, from extra magnets to replacement springs. Finally, the mod features internal battery protections and compatibility with batteries ranging from 18650 – 21700.

There’s not much more to say here, folks. If you liked the Bonza Mech, you’ll love this new and improved version. If you love Vaping Bogan, he’s really put something excellent onto the market here with the help of Vandy Vape. Again, there are valid and totally understandable reasons why that stiff firing button could be a deal breaker, but, barring those specific instances, this mech is a must-have for the more advanced vapers out there.