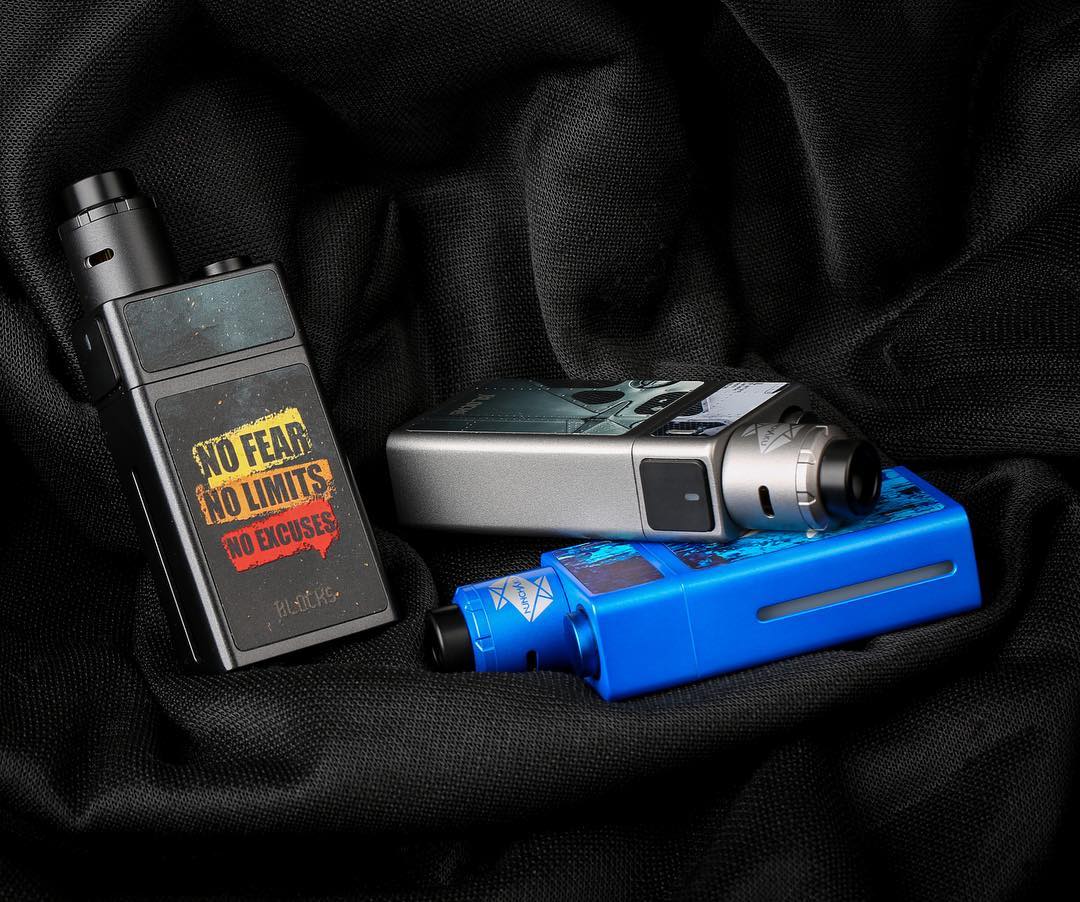 The team over at Uwell has apparently decided it was time for them to break into the exclusive single-18650 squonk market, and they’ve done so with a device that certainly… makes a statement. Available only in a few, somewhat regrettable designs, the Blocks Kit nonetheless boasts some features that are sure to appeal to fans of squonking. Including possibly the largest squonk bottle of all time and a unique, boxy design, this starter kit is certainly unlike anything you’ve ever used before, even if you’ve been squonking for a while. The only question left, then, is whether or not all this innovation is worthwhile. Let’s find out.

While the Uwell Blocks Squonk Starter Kit isn’t likely to win any vape awards any time soon, the kit does boast some features which may very well make it worthwhile for certain vapers. Those features are a long way off, however, as we’re going to get through the cons first!

Probably the biggest con with the Blocks Kit is simply the way it looks. While it’s not a hideous shape, the design team over at Uwell made some wild and interesting decisions with the paint job. While one design boasts the laughable and cringe-inducing “No Fear, No Limits, No Excuses”, another has a hand throwing up the devil horns. In fact, the only design for people not seeking to make a statement with their vape is the silver option. Even that option, however, includes a pseudo-industrial design on it, which is probably going to be too loud for many vapers’ tastes. Very confusing that they did not decide to include a simple, flat color finish in any of their kits.

Next big issue is that the device is, in fact, only partially regulated. While the box mod will perform just fine until it hits around 30% battery, this lack of full regulation is not acceptable. As they say, Uwell had us in the first half, not gonna lie. In the second half, however, the battery begins to sputter and your vape quality is going to suffer. Furthermore, this is a single 18650 box mod, meaning that lower 30% of your battery life is something you’re going to have to contend with more often than you’d like. On a more powerful device, that lack of regulation might have been more acceptable. With a single 18650, it’s downright annoying.

The RDA section is nothing spectacular either – and it’s got a couple minor issues. For one thing, the build deck is such that you have to build your coils pretty low. This isn’t the end of the world, but it will definitely limit your coil options. Then, you’ve got a lack of knurling on the screws. Since they’re clearly intended to be thumb screws, this is quite irritating.

The squonking isn’t all bad, but it is worth noting that it’s going to require some patience. While the pump action is convenient, you’re going to have to work into a rhythm where you pump for 2 seconds, release for a couple seconds, and then pump again, in order to really get the liquid flowing. If you’re using thicker liquids, this is going to be even more time-consuming.

On the other hand, the entire kit is very well put together. The build quality on every part of the kit is excellent, with an incredibly sturdy squonk bottle, nicely organized internals, and a strong pump system. The whole kit is also super small and compact – much more than your comparable squonk devices. Granted, this is due to its single 18650 setup, but it’s really nice.

Then, you’ve got the massive squonk bottle. At 15mL, this is definitely among the biggest squonk capacities we’ve ever seen and it’s definitely handy for taking with you on the go. The pump system, once you get it going, is also quite powerful, spurting juice all over your coils and keeping them nicely saturated.

Then, there’s the actual vapor production. It hits like a truck and provides really solid flavor in a warm vape. You’re going to get truly above average vape production from this thing.

There may be a few issues with this starter kit, but for me, there’s really only one obstacle and it’s massive – the designs. There’s literally not a single design of this starter kit that I could imagine vaping in public. Not in a million years would I rock a vape with words on it, let alone a hand throwing the horns. The industrial design is just ugly, and it’s something I could work with if the device were literally incredible – but it’s not.

If you can get past the designs (or if you like them), there’s a lot here to enjoy. Understand the limitations of the build deck and you’ll really get along well with the Blocks kit. I think there’s definitely a place on the market for a system like this. If you’re looking for a compact and well-built squonker, this is for you. If the designs give you pause, just take the pass; they’re not going to grow on you later.