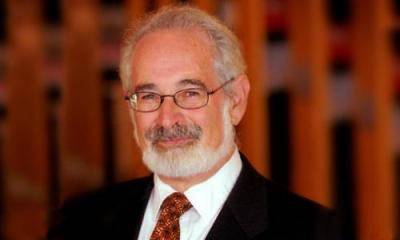 American Professor of Medicine and Director of the Center for Tobacco Control Research and Education Stanton Glantz retires from the University of California San Francisco after 45 Years of researching a vast range of topics including the effects of e-cigarettes and secondhand smoke.

Glantz is a dedicated anti-tobacco and anti-vaping activist that has extended most of his research towards advocating for public smoking bans and nonsmokers' rights. In January 2018 Glantz retired as the principal investigator at UCSF’s center for tobacco research and education control.

Most of his notoriety and recognition was geared towards his efforts in the anti-smoking movements. His efforts started in California and expanded globally. He has since been coined as an influential leader of the tobacco control movement. Although Glantz is an esteemed Professor some of his research has been called into question, in particular, his research on the effects of secondhand smoke on blood and blood vessels concerning heart disease was later called deceptive.

Glantz utterly despised tobacco companies, which fueled him to further his research through the study of vaping and alleged that vaping was a “significant underlying risk factor” for Covid-19 an effort his $20 million FDA grant supported.  His study was later criticized for mudding the waters of statistics and false information. His claims related to Covid sparked like wildfire throughout the media and was in part responsible for the legislative ban on vaping products.

Some claim that his retirement comes on the heels of him being a fraud, retiring six months after the Journal of American Heart Association retracted his 2019 study that claimed that vaping led to heart attacks. Glantz's research has received criticism from scientists with claims that his focus on research took a back seat with more importance on influence with public opinion than actually producing accurate research.

Glantz is not only recognized for his work in academia, he has been scrutinized for a sexual harassment scandal that led to an out of court settlement for 150,000 dollars. The public recognition of this case stained his reputation and helped to further discredit his research.

In a pinned email to the Tobacco center at USCF’S department Glantz states that he is, “ready to move to the next phase” While ensuring his efforts against Anti-tobacco will progress through continued work with USCF colleagues. Glantz is committed to the fight against the Tobacco industry in the pursuit of public health.