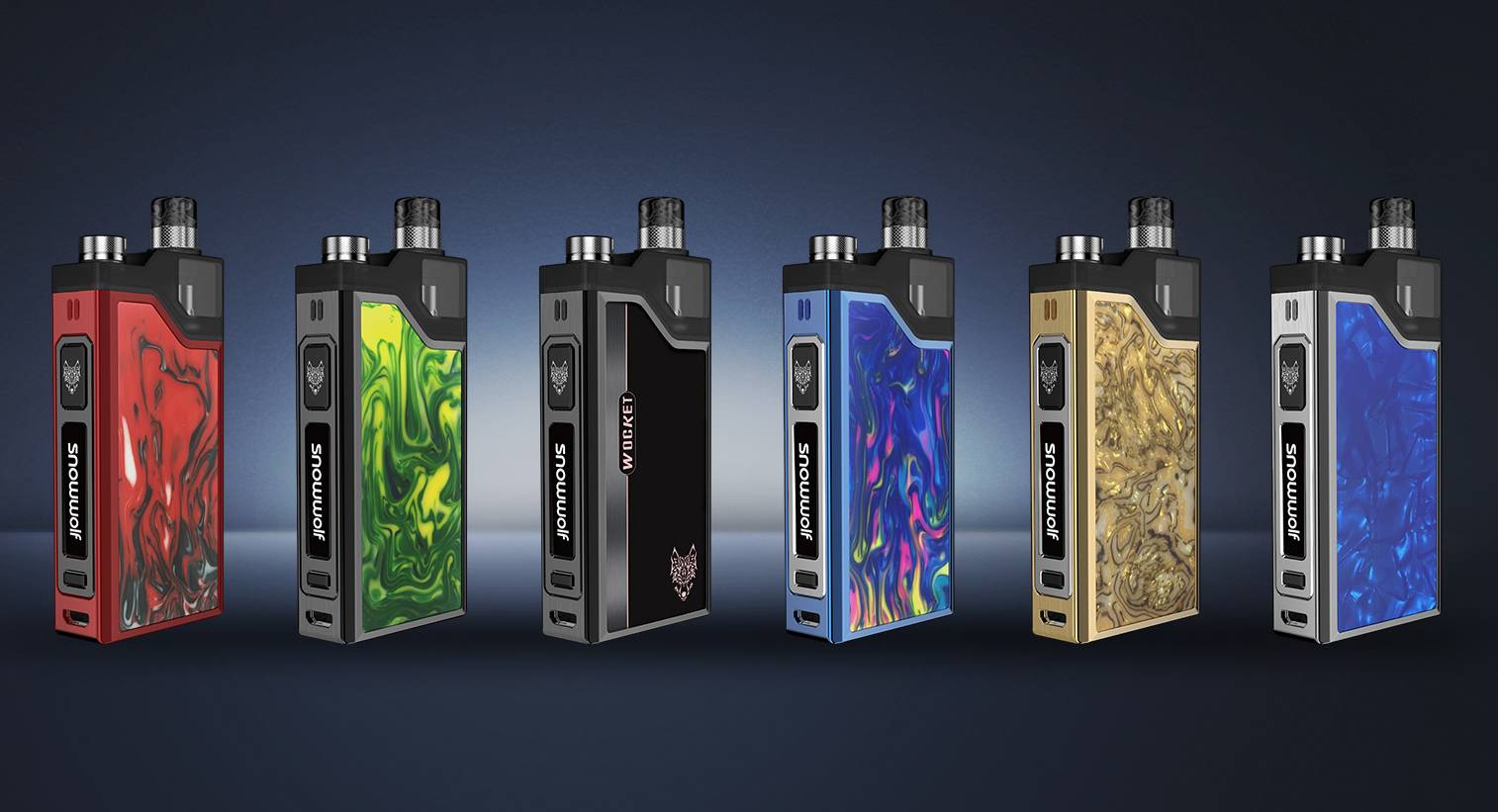 The world’s famous brand SnowWolf brings you the Wocket Pod system Kit delivering all the flavor you’ve been missing out on. The Wocket is a tiny pod, but offers all of the innovations that SnowWolf is infamous for including the New X-Grid coil technology.

Let’s inspect the Wocket from top to bottom and see how it vapes. 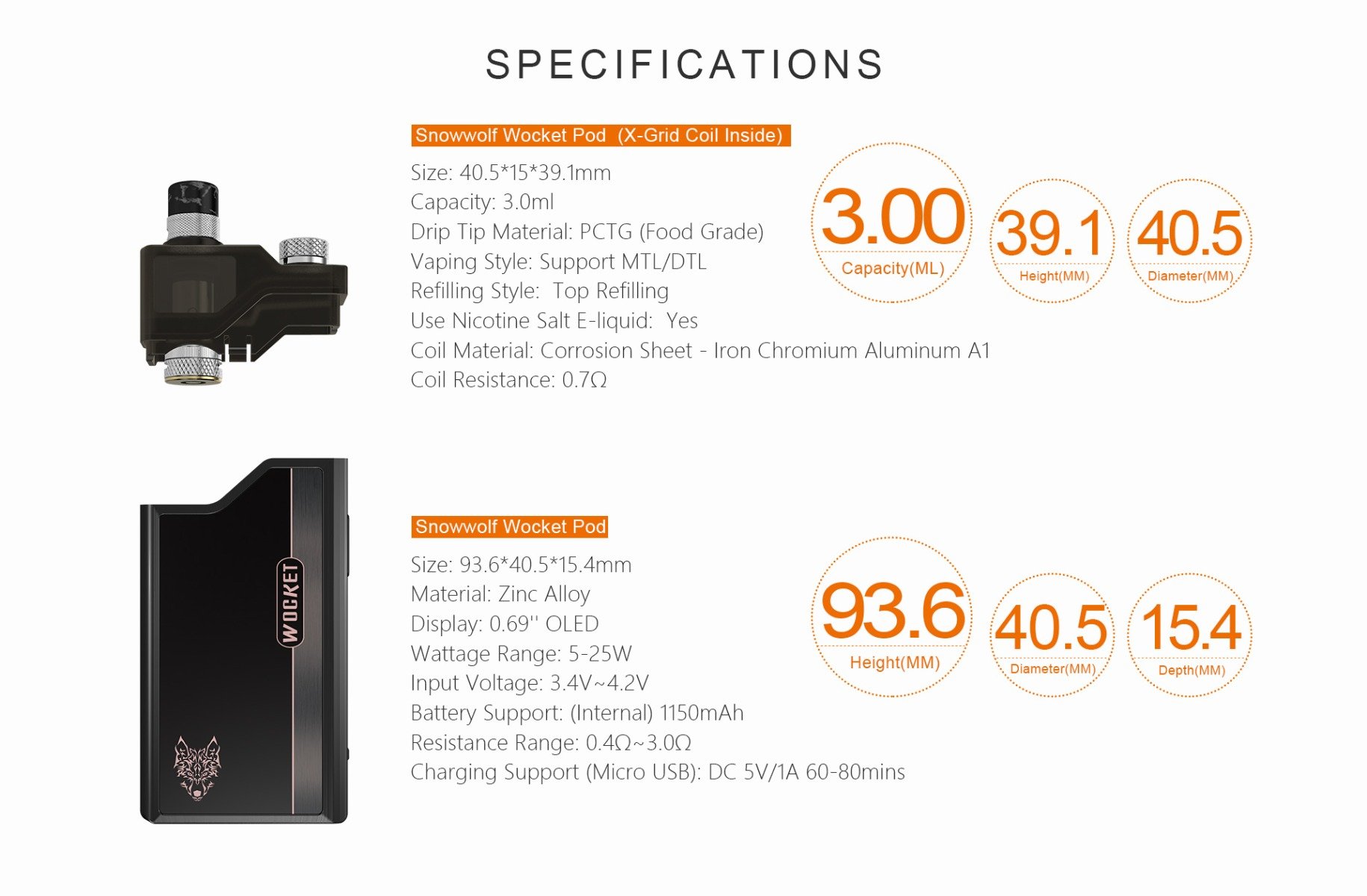 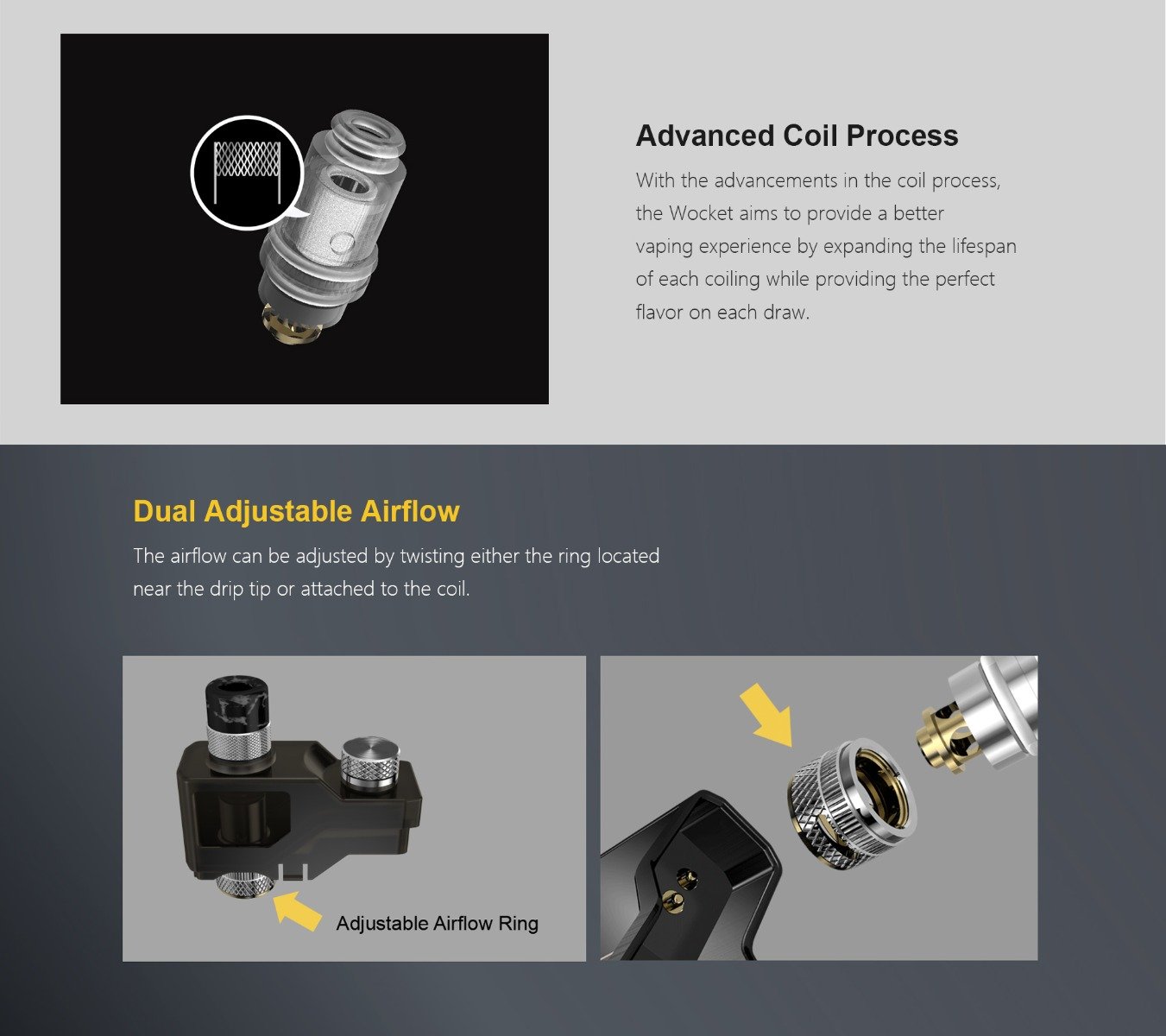 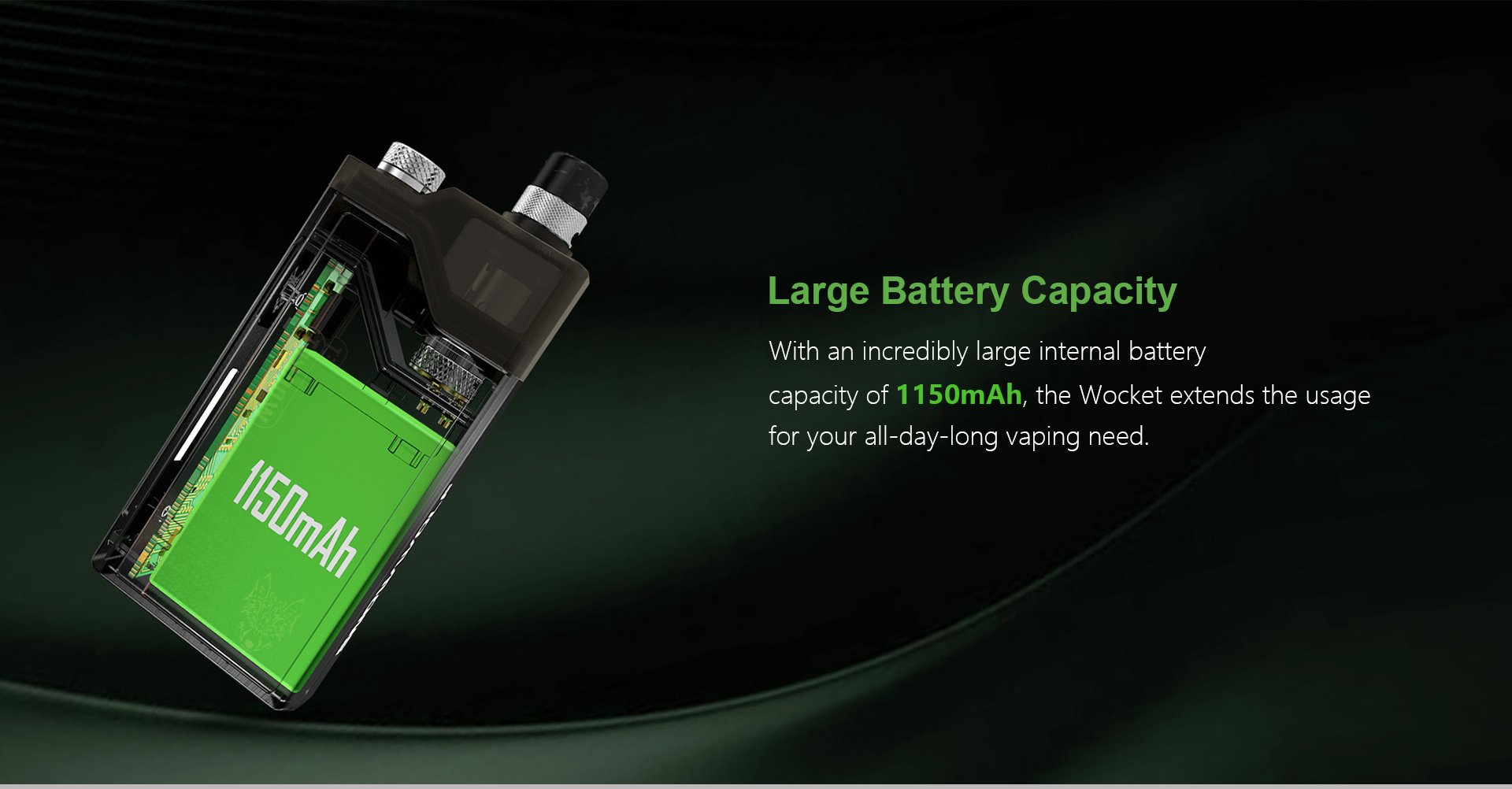 The SnowWolf Wocket pod performs very well. The pod’s tiny chassis is the size of a business card but don’t be fooled by the size, this thing goes crazy.

Starting with the pros, the flavor is top notch with the 0.7ohm coil, it delivers a nice cool vape and doesn’t overheat which is a major pro, nobody wants the burnt vape lip. Also, the clouds on the wocket shoot out especially vaped around 20W, it’s a cloud show. The display screen is a nice feature making it an immediate standout from it’s competitors like the Orion that boost the same size as the Wocket Pod also the top airflow is amazing, but its better suited for DL vaping or DL restrictive which brings me to the cons.

The major one noted by many vapers  is the MTL draw is quite loose. Vaper Matt from Smm offered a suggestion since the wocket doesn't offer a tight MTL draw, he suggested that SnowWolf include a round wire coil or something with a smaller diameter that’s suited for a true MTL experience.

Also, when vaping with the MTL coil it drains the battery when vaped at 20 or 25W. The Airflow was another con, with vapers begging for Snowwolf to tone down the top airflow. Matt from Smm made the observation that when you open the airflow all the way at the base at 20W it’s alot of airflow when you have it open.

It’s medium restricted at 25W with the ring open but you tend to lose flavor because the airflow that’s coming through the tip is not hitting the coil at all. It’s still enough airflow for a restricted lung hit even when it’s closed off but that’s a tighter restricted lung hit. Snowwolf’s integration of the new X-grid coil technology really helps to boost the insane flavor of the pod that makes it one of the best devices on the market right now and pretty much make up for anything negative I’ve said.

Overall, the SnowWolf Wocket pod is a sure thing, it outperforms many of its competitors. I’d highly recommend buying,  especially if you are a DL vaper this thing was created just for you. MTL vapers can get a kick out of  the Wocket as well, just know that the draw is a bit loose. It’s basically perfect.