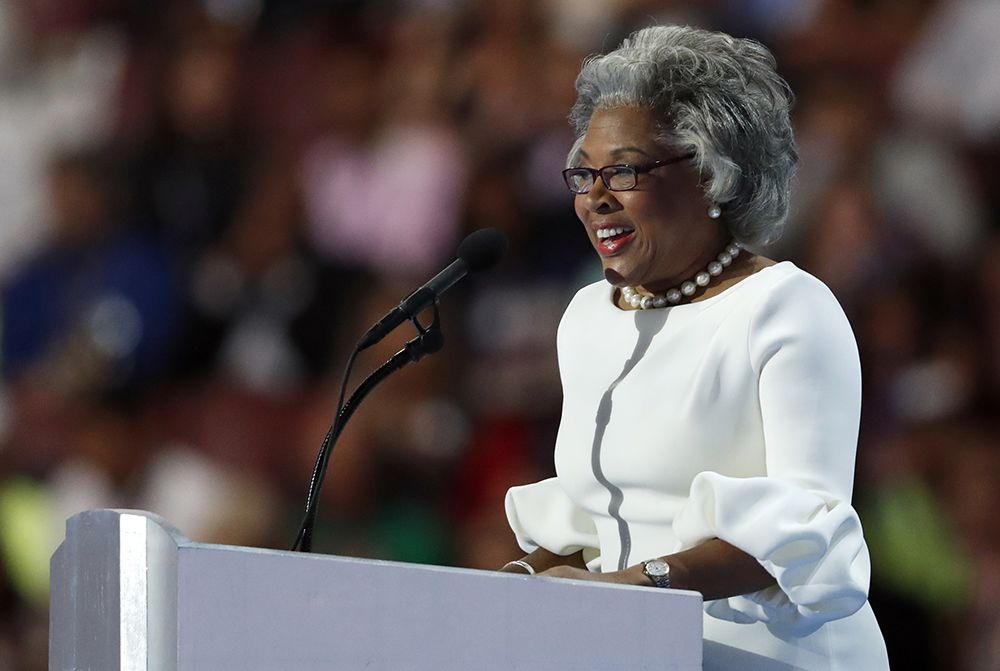 Now, I’ve never heard of Joyce Beatty in my life, nor do I pay any attention to Ohio’s local politics, but this latest tweet certainly captured my attention as it went viral on Tuesday.

With each word in this tweet, Rep. Beatty (or some member of her staff) sapped a little bit more of my will to live. By the time I reached the triple 100-emojis, I was clinging to life by a bare thread. I sat staring at my phone in mute horror as time slipped by, finally snapping out of my haze with a resolute conviction that at some point in history, we veered off God’s ordained path, splintering the multiverse and opting into the darkest possible timeline for ourselves. That we live in a time where a sitting member of Congress would tweet something so agonizingly out-of-touch is a sign of the times in all the worst ways.

But this got me to thinking: what the hell is that hashtag? First of all, it’s one of the worst, and easiest to overlook, parts of that goddamn tweet. My Life, My Quit sounds like a slogan Melania Trump was kicking around before she settled on the equally vapid “Be Best”. Meaningless and clunky though it is, it was time for me to investigate “My Life, My Quit” and, in so doing, play directly into Representative Joyce Beatty’s hands.

Turns out that “My Life, My Quit” (which I will be abbreviating to MLMQ for my own sanity and for yours) is another anti-vaping propaganda outlet, this time funded by an organization called National Jewish Health. It launched just last week in Ohio and eight other states. So, what does MLMQ entail? Buckle up, because it’s a lot of fun.

You know how addiction hotlines are the best way to help people struggling with any kind of addiction? You don’t? That’s probably just because you’re under the age of 80 and have never used a hotline for anything. (Disclaimer: there are certain hotlines, i.e. Suicide Prevention, etc. which are undeniably good things – I’m not taking a shot at them) But if you’re a “teen” and you’re “addicted” to vaping, it’s delightful that an Ohio-based hotline is the route they’re taking to tackle the issue.

Don’t worry, MLMQ did their homework before launching their program. Jewish National Health conducted studies with teenagers where young people told them that “traditional quit lines” did not appeal to them. The conclusion they reached with this information was that they should launch a brand-new quit line, but, like, make it fun. “This isn’t your grandpa’s nicotine quit line – this one’s for kids!” or something like that. Galaxy-brain level stuff here, folks. Kids don’t use hotlines, so let’s make one just for teens.

This exciting new hotline premieres on the heels of budget debates regarding Tobacco 21 laws in Ohio. The current legal age for tobacco and vape products in Ohio is 18, but legislators are considering a statewide move to 21 as several cities and communities have already enacted local Tobacco 21 laws.

Other neat features of MLMQ include five “coaching sessions” and supportive text messages. Thomas Ylioja, the clinical director of health initiatives at National Jewish Health, has a lot of great reasons for launching this cutting-edge anti-vaping directive. For one thing, he cites statistics showing that teenagers who vape are four times more likely to pick up tobacco cigarettes! Never mind, of course, that this statistic seems to have been snatched out of thin air and that, in fact, the opposite has been proven in dozens of studies over the past decade.

He also points out the damage to lung tissue caused by inhaling aerosols. Again, this is a neat little scare tactic often pulled out by anti-vapers to distract from the real issue at hand. Ylioja says that “the choice is not to vape or smoke, it’s to vape or breathe clean air,” which is asinine and patently false. The correlation between smoking and vaping is extremely clear at this point. Teens who vape would very likely be otherwise smoking cigarettes. As numbers of active smokers decrease, numbers of active vapers increase. The choice very much is “to vape or smoke”. In fact, most people who vape choose to both vape and breathe clean air, at least as clean as the air can get living in America – but that’s a whole different article.

If you’re concerned about the level of professional assistance this hotline provides, there’s no need to worry. Each quit line coach will receive a whole four weeks of training! That’s roughly twice as much training as an average Starbucks barista, so you can rest assured these people know what they’re doing. In centuries of nicotine addiction, we’ve barely made a dent in the number of cigarette smokers until vaping came around. Now, these entry-level pseudo-clinicians are sure to solve the problem after a month of training with hotlines and text messages like, “You can do it! *fire emoji* *100 emoji* *arm flexing emoji*”.

Possibly my favorite tidbit regarding MLMQ is this line from the Colombus Dispatch on the program: “Coaches also are trained in helping teens navigate social situations and turn down e-cigarettes and tobacco.” If you’re in your 30s or older, you surely remember the famously successful “Just Say No” campaign. I remember having it drilled into me at a young age that absolutely for certain at some point in my teenage life somebody was going to aggressively insist I shoot heroin at a party. In this scenario, I was to hold my ground, look the aggressive drug pusher in the eye, and say – firmly, but politely – “No, thank you.” I cannot for the life of me imagine these coaches are offering any better advice than this and I would love to listen in on the calls where teenagers laugh in their face.

While programs like My Life, My Quit are laughable disgraces and sure to fail, it’s worth noting that these types of programs are just about everywhere you turn. As anti-vaping propaganda continues to ramp up on all fronts, it’s important to pay attention. MLMQ is a joke, but proposals like the one in San Francisco pose a real, existential threat to the life-saving alternatives offered by vaping. Vaping bans carry a death toll; do your part and speak up against them.