Heuristics & Biases: How The Media Manipulates The Argument 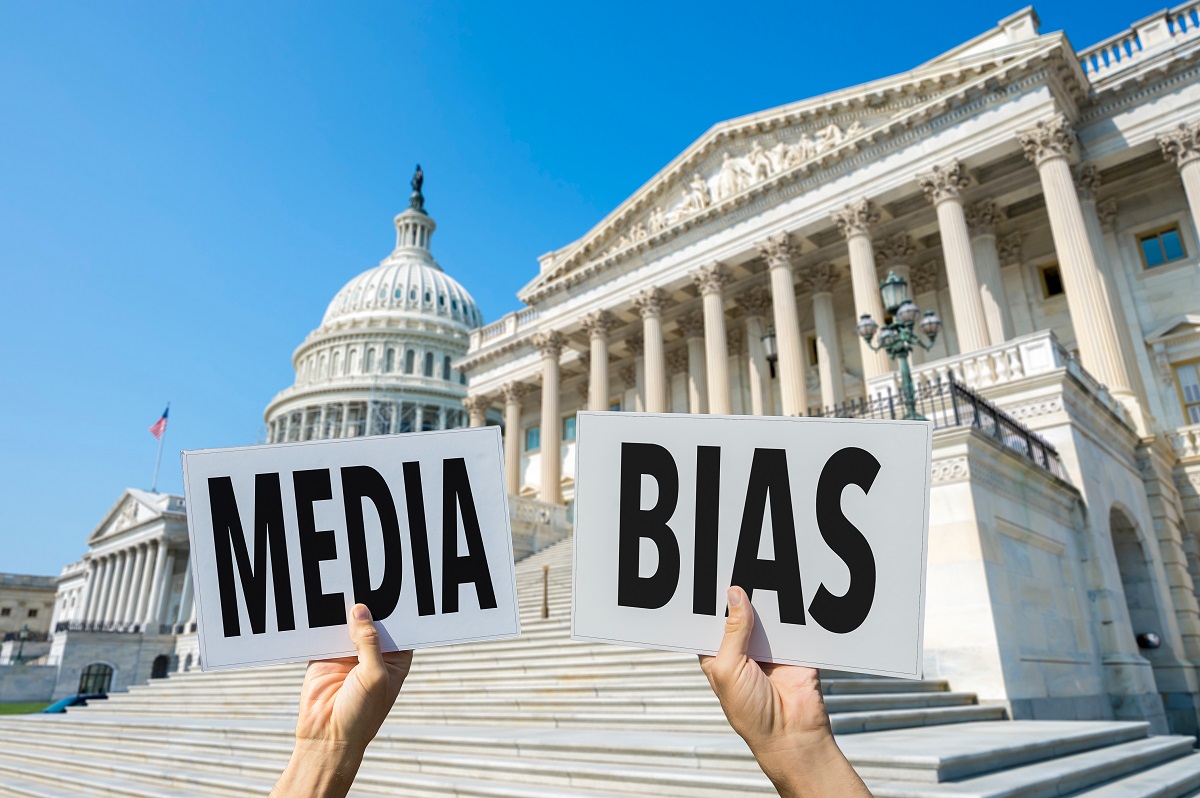 Essentially, a heuristic is a mental shortcut.

We can’t make a weighted decision over every single turn we take in our daily lives, so we develop heuristics, which operate as shortcuts to navigate our environment without cognitively overloading our brain:

Heuristics are straightforward rules of thumb that we developed based on our past experiences. They’re cognitive tools that help us make quick decisions or judgments – Learn Liberty

On the other hand, a cognitive bias is an unreasoned prejudice for or against something. This biased inclination guides our thinking by taking shortcuts and leaps over chasms of analysis by using what is already stored in your memory. Some biases are helpful and healthy, but some are based on stereotypes.

After defining heuristics and biases, let’s dig into the media’s questionable practices. Fetishizing the news is not a new thing, but with the advent of celebrity politicians, pop star pedophiles, rapist Hollywood producers, and sex-cult recruiters, we are trained to expect sensationalism in every medium. After watching a shocking six-hour documentary on the King of Pop’s crimes, a local news report on a car accident seems less interesting.

Media outlets are relentlessly on the prowl for sensational news to cash in on advertising revenue. The daily cross-pollination of information from media outlets into our brains follow a schedule and an agenda. It’s an operation that runs like clockwork with the effort of increasing ad-revenue. Our biases are being manipulated into clicking, tapping, liking, sharing, and subscribing.

We have a natural inclination to make choices based on the easiest examples – the first thing that comes to mind. For example, assume you’re debating about the benefits of vaping with someone who doesn’t vape. You bet the “popcorn lung” issue will get thrown into the mix. Why? Because it is so pervasive and quick to come to mind. It’s one of the most common entries in anti-vaping articles regarding common dangers of smoking e-cigarettes.

This heuristic is weaponized on the conviction that recalling something easily tricks your brain into believing it has more value. The faster your brain remembers it, the more value it will possess. Therefore, the media will pump an idea until it is unconsciously available for you to use as ammunition when a discussion takes place.

Media coverage delights in extreme events such as abductions, celebrity scandals, etc. It salivates at the sound of the proverbial bell of chaos.

How does a media company determine what is or isn’t “newsworthy”? There is an invisible line a story must cross in order to get published. Not counting a historical moment or a terrible act of terrorism, the rest of what happens is barely noticeable. A man getting bit by a shark will more likely end up on the news if, say, he got into a fender bender:

People tend to assess the relative importance of issues by the ease with which they are retrieved from memory—and this is largely determined by the extent of coverage in the media.

Since the situation at hand isn’t intrinsically newsworthy, the only way to move closer to it is by embellishing assumptions, twisting statistics, and pushing as many emotional buttons as possible.

Let’s use an example from anti-e-cigarette campaigns. One of the main arguments is regarding bronchiolitis obliterans – a condition which causes inflammation and damage to the air passages that deliver oxygen from the trachea, all the way down to the smaller airways called alveoli. The chemical that causes this condition is diacetyl and it’s found in most vaping liquids on the market. The media pushes the fear of popcorn lung to promote anti-vaping campaigns, but the truth is, diacetyl exists in several other far more common products – such as:

The often-referred case of the popcorn factory worker’s catching bronchiolitis obliterans includes heavy consumption of diacetyl. When compared to the amount contained in vape juice, it’s almost irrelevant. Traditional cigarettes have over a hundred times more diacetyl than e-cigarette juice, but there hasn’t been a case of popcorn lung disease in a traditional cigarette smoker.

Despite this, why does the media continue to push the popcorn lung fear? Reading the words “popcorn lung” almost make your lungs hurt at the image of them popping like corn kernels in a microwave. This imagery is more likely to pull in more views into an article than, say, a blog post about e-cigarette maintenance. This imagery is also more likely to remain cognitively holstered and ready to shoot at the first sign of argument and contention.

If somebody holds a firm, cemented belief against vaping, the popcorn lung argument becomes easy to believe and easy to regurgitate:

“When you plant a fertile meme in my mind you literally parasitize my brain, turning it into a vehicle for the meme's propagation in just the way that a virus may parasitize the genetic mechanism of a host cell.”

This bias relies on a first impression or initial information as an “anchor” for following interpretations.

Think of it as a lens, once this initial anchor is placed, all new information is filtered through this lens. The tricky aspect about an anchoring bias is that despite discovering we have an incorrect anchor; our unconscious mind will keep leaning against the initial impression. We must re-anchor deliberately.

For example, in the book, “Secrets of Power Negotiating”, author Roger Dawson outlines the importance of asking for more than you expect to receive as salary. The advice works because the first offer becomes the anchor and the potential employer will most likely bargain from this place.

Another example is seen in pricing when a higher price is crossed off and a smaller amount is shown as the actual sale giving the impression that you’re saving the difference:

People make estimates by starting from an initial value that is adjusted to yield the final answer. The initial value, or starting point, may be suggested by the formulation of the problem, or it may be the result of partial computation. In either case, adjustments are typically insufficient. That is, different starting points yield different estimates, which are biased toward the initial values.

– “Judgment Under Uncertainty: Heuristics and Biases” by Kahneman and Tversky

In the realm of journalism, the first anchor delivers the initial impression, and then leverages this for subsequent attacks. Say, you disagree with vaping, you begin with an eye-catching headline and present misrepresented data, knowing that despite disclaimers, it will latch on and serve as an anchor in the minds of readers. Once the table is set, they can serve the following dishes without compunction. An unbiased mind can be like a fertile ground for new ideas; sadly, agendas tend to grow pernicious ones.

We have seen media outlets contradict themselves in their own publications, but the anchoring will continue regardless. Whether it’s about e-cigarette companies targeting children with candy flavors, popcorn lung, or whatever is the most clicked issue, the news will keep churning out articles.

The word “affect” is the psychological term for emotional response. This heuristic is when someone makes a snap decision based on current emotional states. It is common knowledge that an emotional state persuades your own decisions.

In advertising, there is a copywriting technique called P.A.S. which stands for Problem, Agitation, and Solution. The Agitation step of this formula deals with the stirring of emotions; making you feel dread, anger, desperation, etc. In other words, it leads you down a path of emotions that will compel you to seek solutions – to make the pain stop. Usually, this stirring is achieved with storytelling and word pictures.  The goal is for the prospect to feel an urge to solve their problem, and the product being advertised provides this solution and thus the final sale.

When the news is reported, there isn’t a sale taking place in terms of exchanging money for a product. But make no mistake, there is a “sale” of ideas. The stirring of emotions by storytelling and the creative wordplay used in headlines pushes emotional buttons that compels readers to share.

In the Forbes article, “59 Percent of You Will Share This Article Without Even Reading It”, author Jayson DeMers sheds light on the number of news articles shared on social media with low clickthrough rates, meaning people didn’t actually read these articles. The headline drives most shares on social media and the more you stir an emotion with it, the likelihood of getting shared increases. He goes on to explain why this is a form of manipulation:

Even if you report all the real facts in the body of your article, the way you shape a headline can completely transform how users interpret your presentation of information.

In the end, it doesn’t seem to matter how much factual fodder an article is packed with. If the headline sparks an emotional response, the affect heuristic is ready to be driven down the wrong path. After all, emotional advertising trumps rational. This is how we end up with headlines claiming things blow up in your pocket or cause brain cancer without first interrogating the assumptions.

Our natural response to negative things is far more impactful on our psychological state than those of a positive nature. Negativity bias paired with affect heuristic is the ground in which the media walks on.

John Cacioppo, Ph.D. at University of Chicago, held a study where he showed three types of pictures to a group of people. The first type were positive pictures (a fancy car, delicious food, etc.). The second type displayed negative images of dead animals and a mutilated face. Lastly, people were given pictures that would produce a neutral feeling, like a plate or a hair dryer.

Meanwhile, Cacioppo recorded the brain’s electrical activity showcasing the intensity of the stimuli. His findings concluded that the negative images had the highest activity and the highest retention. That is why smear campaigns have stronger pull than positive ones. The same applies to headlines targeted against one side of the argument:

“The bad stuff is easier to believe. You ever notice that?”

“Our proclivity for paying attention to negative rather than positive information is an evolutionary hand-me-down from our cave-dwelling ancestors,“ Psycom.com author Margaret Jaworski writes in her article “The Negativity Bias: Why The Bad Stuff Sticks." Jaworski goes on to describe how we are more likely to remember that one bad comment in an otherwise positive evening with a friend. All of this is an evolutionary response to life-or-death situations we picked up from our ancestors.

Sadly, the recommended artillery to fight this bias is more on the pop-psychology side of things, like talking to yourself gently and controlling self-talk. Unless you’ve been an avid practitioner of Stoic philosophy, this is quite the challenge. Becoming unreactive to news is closer to becoming a monk and less like being a regular cosmopolitan city-dwelling person – which is most of us.

These are not the only biases and heuristics being massaged and manipulated against us. Our self-preservation intensifies the mind’s tendency to fall into traps of its own creation, and the better we’re equipped to question these claims, the better we can defend ourselves.

“There is no such thing as Objective Journalism, the phrase itself is a pompous contradiction in terms,” Hunter S. Thompson wrote in Fear and Loathing: On the Campaign Trail ’72. Journalistic objectivity depends on unbiased reporting and factuality, but what happens when our natural biases are used against us?

The media landscape of the internet is boundless and bare. We’re more vulnerable than ever before. Endless gold from ad-revenue is ready to get picked up by those with the most viral content.

If you ran a media conglomerate and your goal was to increase profits and obliterate the competition - how would you do that without these manipulations?