E liquid vs Vape Juice: Is there a difference? 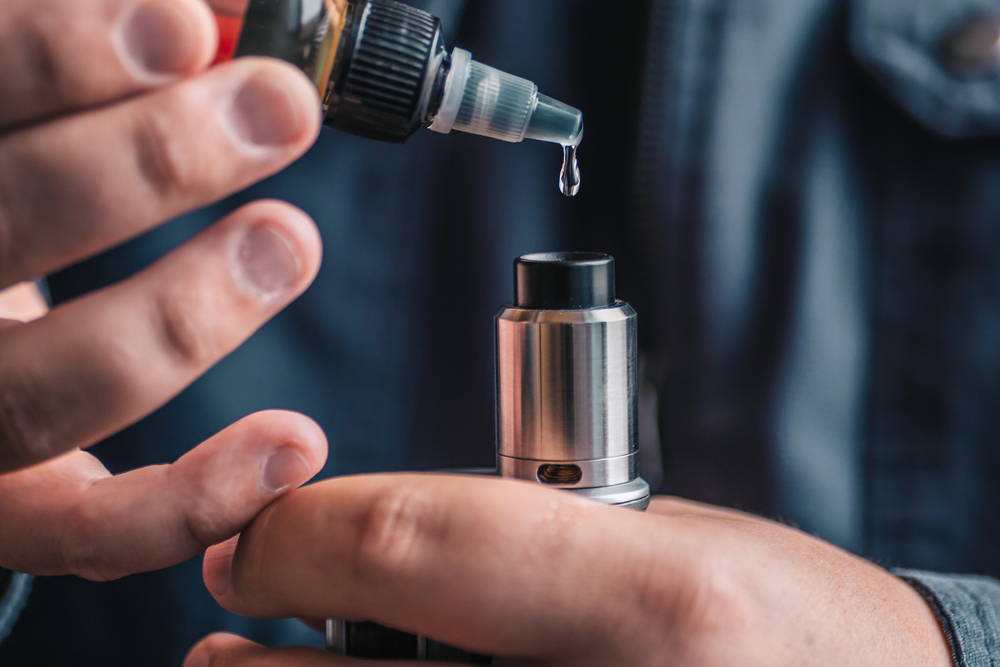 With many popular devices such as the JUUL, the Caliburn, and many others taking the market by storm, you’ll often hear different terms get thrown around the discussion. If you’re a vaping newbie who just landed on the scene and would like to understand the difference between e-liquid, vape juice, and pod juice – we will clarify the distinctions in this post.

Is There a Difference Between E Juice and E Liquid?

They’re the exact same thing. They’re just interchangeable terms. That being said, it’s important to know the mechanics of it and understand its components.

Why? Because there are many counterfeit products making the rounds out there and dropping unsuspecting victims in the E.R. I don’t mean to scare you, but this can also serve as a warning for those who are getting indoctrinated into the wonderful world of chucking luscious clouds of vapor. The first rule of thumb is to only buy from licensed vendors and not from pop-up shops or personal sellers. If the pod juice looks funky, or the cartridge tempered with, toss it immediately. What constitutes e-liquid is not that complicated but it’s important to get a quick glimpse into the ghost in your vape machine. What About Pod Juice vs Vape Juice?

Both terms mean the same thing. Pod juice can sometimes refer to the juice within a pre-filled cartridge. Or simply a cartridge filled with the juice you would’ve otherwise bought in a bottle. Regardless, we will take a closer look. The e-liquid is the … well, liquid… that becomes the vapor you inhale. Doesn’t matter if you’re thinking e liquid vs vape juice or pod juice – they’re all e-liquid.

What Does E-Liquid Contain?

In a nutshell, the e-juice (or vape juice, or e-liquid) will be primarily comprised of 90% PG/VG and 10% flavorings and/or nicotine. That is the most common version of e-liquid you will find. PG and VG stand for Propylene Glycol and Vegetable Glycerin.

Propylene glycol is considered a chemical that contains carbon (an organic compound). Glycols are naturally low on toxicity. Believe it or not, PG is edible and contained in many products such as ice cream, whipped cream, coffee, sodas, candy, etc. The oral consumption of PG is not risky, as it’s very low in toxicity. It would require large quantities of PG to become toxic. Propylene Glycol is used in some medicine as well. It provides even distribution of flavor with certain substances.

When you have your e-liquid, you want your flavor to be evenly distributed for more potent flavor production.PG also provides the so-called throat hit smokers seek when switching to vaping from traditional cigarettes. Part of what keeps a smoker pinned to cigarettes are rituals and other aspects of addiction, but the throat hit provides a pleasant feeling that PG emulates.

Now we have Vegetable Glycerin. It’s thick and adds a pinch of sweetness to the mix. Derived from vegetable oil, VG creates that smoothness in the vapor. Normally speaking, the higher the VG percentage, the better it feels when it tumbles down your gullet. Also, if you’re familiar with cloud-chasing (the art of puffing the biggest clouds possible) their go-to e-liquid is high in VG, if not fully VG.

Vegetable Glycerin is a clear and odorless liquid derived from vegetable fats – hence the food flavorings: Food-grade flavoring is what makes or breaks a juice. If the flavor doesn’t tickle your fancy, the entire pre-filled pod or e-liquid bottle is pointless. Have you ever tried to vape a disgusting flavor? I’ve thrown up once because the sweetness was too strong. It’s not a happy place and everybody has different cravings.

You must seek the flavors that you like. Speaking of flavors, we have bans leveling the industry as we speak, and we can’t afford to lose the eye on the prize right now. Some of us use vaping to stay away from traditional cigarettes. Let’s hope we don’t lose our ability to choose delicious flavors. But I digress. PG produces a robust throat hit, as we discussed, but it also provides a lighter consistency than VG.

It also gives you less gunk on your cols and less residue as well. The PG has zero impact on the flavor, though, so the level of PG won’t affect that, if that’s what you’re looking for.  PG is thin and easy to vaporize, which makes it easier for your atomizer to push clouds without burning out. In other words, it absorbs the liquid faster and better, and gives your equipment a longer lifespan. The rest is nicotine. The amount of that is up to you.

To sum up: E liquid vs Vape Juice - Is there a difference? The answer is no. They are interchangeable terms that somehow permeate vaping users and discussion boards, reddit, etc.