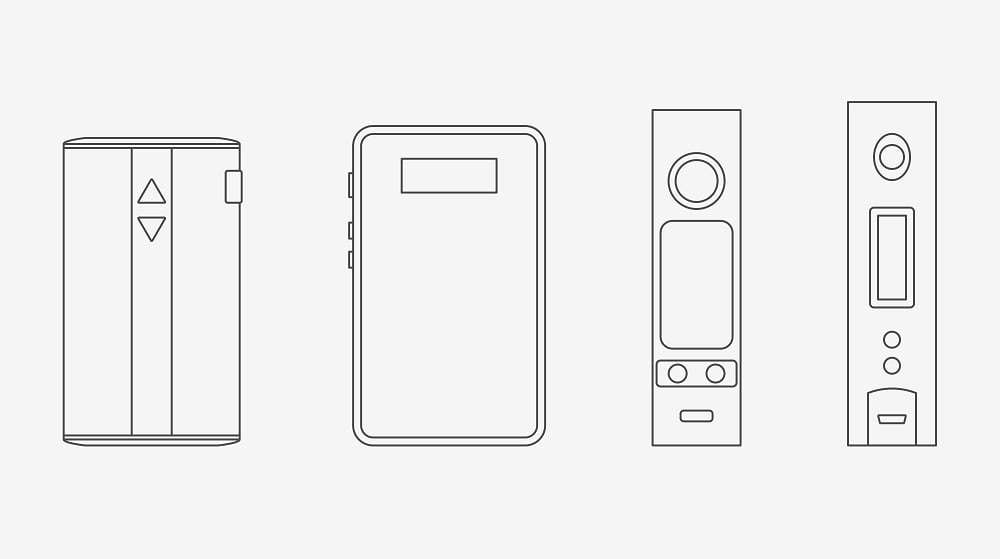 Welcome back to our Beginner Series - Part Two! Last time we covered pod systems and cig-a-likes and spent some time really getting into what makes those ultra-portable systems so popular. If you’re new to vaping or looking to make the switch from cigarettes, be sure to check that article out!

This week we’re going to be talking about that workhorse of the modern vape kit - the box mod. One of the most important elements of any vaper’s set-up, the box mod is the literal powerhouse of your vape. Be sure to take a moment and read through the basic components, benefits, and features of these devices before you pick up your first box modso you can make an informed decision.

What Is a Box Mod?

Not to get too basic on you here, but let’s do a quick refresher course on basic vape science. In just about any set-up, you’re going to have a battery which provides heat to a coil inside of which is an atomizer. As this atomizer heats up, the juice in which it is immersed vaporizes and is drawn through the mouth of the device into your lungs. This is basically what’s going on, regardless of the size and style of your vape device.

If we’re looking at it that way, the box mod is responsible for the battery part of that flowchart. Atomizers, coils, and juice reservoirs are all part of the “tank” (which we’ll be covering in part three). So, we’re talking about a big, box-shaped (hence the name) device responsible for holding batteries and powering your rig. Nothing too complicated there, right?

Key Features of the Box Mod

Now we’ve already established that box mods are a lot bigger and heavier than entry-level kits like pod systems, etc. so what’s the point? Why switch to a bigger, clunkier, more complex device when a pod system gets the job done just fine?

I’m glad you asked! Turns out there’s a ton of features and advantages provided by these box mods that their smaller cousins could only dream of. Keep in mind that not all box mods include all features, so when reading this list, make sure to note which features seem most important to you. From this point, you can make an informed decision about your box mod purchases! Of course, as with anything else, you’re going to have to experiment a bit to figure out exactly how these features line up with your vaping habits and preferences.

That’s it! Those are the most important features of a box mod. To really simplify it: box mods are bigger than pen systems, pod systems, and cig-a-likes. As a result, they’re more powerful, more versatile, and last longer than any other option out there. If you’re considering an upgrade, check out all the options out there - there’s a ton of choices.